The Story of Roald Amundsen

The story that inspired our brand. Learn more about our “why”: 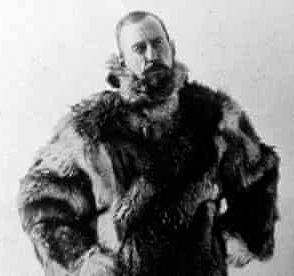 Roald Amundsen was a Norwegian explorer and the first man to reach the South Pole with his team of 4 explorers on December 14, 1911. However, he wasn’t the only expedition aiming to reach the Pole first. Racing against him was Captain Robert Falcon Scott and the British expedition. Both men were experienced and celebrated explorers with over a decade of experience navigating in the arctic cold and both were determined to make it to the South Pole first.

Scott’s team, following in the footsteps of Sir Shackleton’s failed attempt to reach the South Pole 2 years prior, relied on horses and early snowmobiles to cross the unforgiving arctic. Although Shackleton’s expedition was cut short by his horses growing weak in the extreme cold, Scott aimed to succeed in spite of this with the aid of early snowmobiles. Amundsen had also studied Shackleton’s expedition but, thanks to his Norwegian heritage, opted for a mode of transportation more suited to the cold: sled dogs and skis. In addition, while preparing for the journey the Norwegian expedition stockpiled 3x as much food as their British counterparts.

Amundsen’s meticulous preparation and focus contrasted Scott’s split priorities and lack of experience in snow compared to the Norwegian. Hindered by animals unsuited to the climate and unreliable machines, the British expedition opted to travel as far as they could when the weather allowed and rested when conditions became unideal, stopping along the way to collect samples and recordings. The Norwegian expedition decided to take a different approach. Under Amundsen’s counsel, they were determined to travel 20 miles every single day, regardless of the weather. Equipped with sled dogs and a team of experienced skiers, traveling in antarctic blizzards was no easy feat, but it was doable.

“I am inspired by how Amundsen prepared his expeditions, he always tried to learn from others. He identified the problem, then looked to solve the problem.”
– Børge Ousland, Norwegian explorer and first man to cross Antarctica alone

Despite having to traverse a maze of uncharted mountains, the persistence of Roald Amundsen and his team paid off. The Norwegian expedition would reach the South Pole a month before the British would arrive. After leaving some food rations at the pole for their beaten rivals, Amundsen’s party journeyed to their base without any major issues or complications and returned home the victors of their famous race.

Tragically, Scott and his team would never return from their expedition. Machine failures and weak animals plagued their journey from the start, forcing the men to trek on foot and carry their equipment themselves. As they collected an increasing number of heavy rock samples and began to run out of food, Scott and his team began to slow down. Arriving to the South Pole late cost them the relative comfort of the arctic summer and temperatures began to plunge as they tried to return. Although they were left some extra rations by Amundsen’s group, they wouldn’t be able to complete their return journey. After a failed attempt to coordinate a rendezvous with a team from the base and multiple deaths among the crew, Scott and his remaining two crew member’s journey ended only 11 miles from one of their supply depots. Then and today, they are considered heroes for their bravery and sacrifice.

In the end, Amundsen’s success is a testament to the power of preparation and consistency. His team’s determination to stay consistent and travel 20 miles every day serves as an inspiration to anyone with their own 800-mile trek ahead of them. Plan well, prepare well, and persevere; any goal is in reach with focus and dedication. 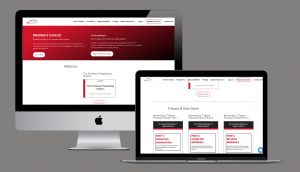